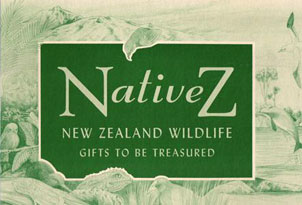 The Tui, found only in New Zealand, is reknown for its variable, melodious songs. Relatively common in native forests, this honeyeater also lives in bush reserves and suburban gardens. Nectar is it's most common food source, but Tui also feed on fruits and small insects. Their flight is rapid, noisy, swooping and undulating and these aerial acrobatics easily identify the Tui as does the tuft of white feathers at its throat.